Two summers ago, God blessed me with an amazing vehicle.

Yesterday, I received news yesterday from Kenya that the car had been totaled. Friends at ELI were taking care of the vehicle while I'm in the US. They were heading back from the AA rehab graduation at Ilula when they hit a pothole which led to several overcorrections and finally to the car rolling.

There were eight people in the car. One person had to get just a few stitches. Everyone else got out with only bruises and very sore bodies. They tell me that they do not believe anyone would've survived had they not been in a vehicle as incredible as this one. Looking at the pictures, I believe them.

My car had served me very, very well. It has made me and others laugh. It's sent me on amazing adventures. It has carried me through deep mud. It has carried a corpse, but more than anything, it carried Hope to families like Hannah's and the Sifunas. It brought orphans to new homes. It took groups of recovering alcoholics to share the news to others. It was strong enough to withstand the attack of a mob during the riots*. It wasn't strong enough to survive rolling. But it saved the lives of the eight inside. For that, I am thankful.

I will always have fond memories of this car. I'm sad to say good-bye to it. God knows why this happened. I don't.

In the words of my friend Ellie, "Rest in peace, great metal beast!" 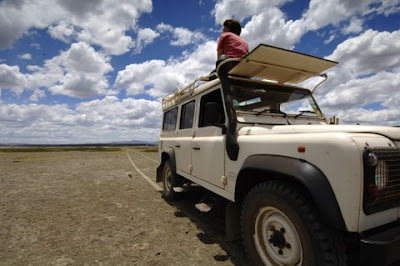 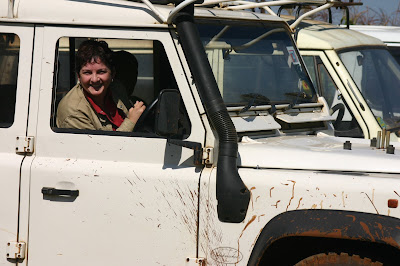 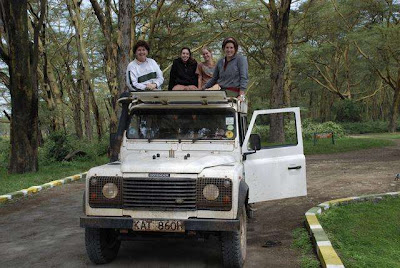 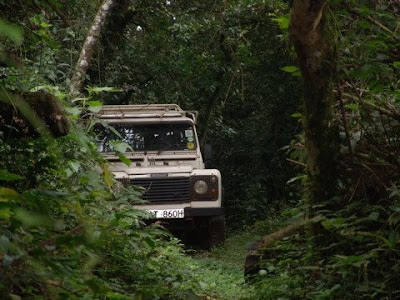 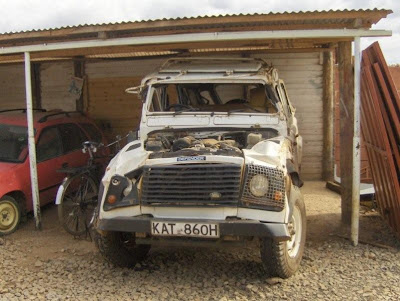 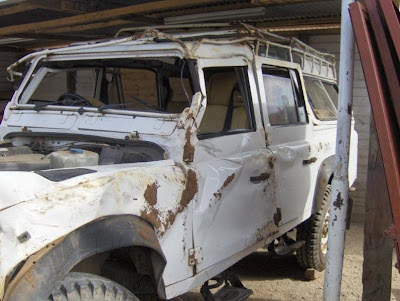 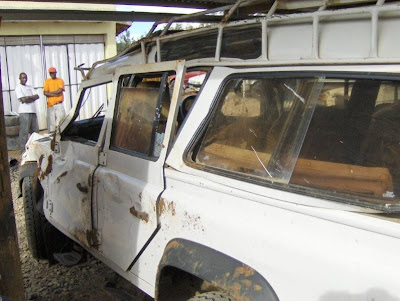 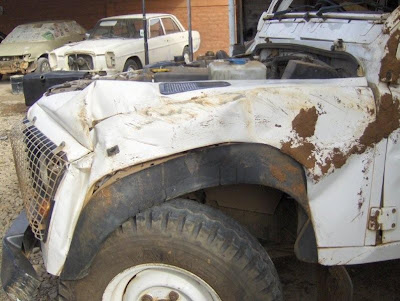 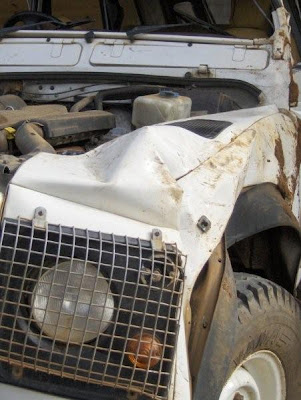 * I just realized: I didn't blog about that. The story will follow in another entry later this week.

Posted by Adele around 1:14 PM