Eating Termites, Stuck in the Mud, and Team Time

There's been a team here from APU, so my days have been filled hosting the eight students. It's been an amazing time, both in working with my Kenyan colleagues as well as with the team from APU. They have brought much laughter to our compound! For example, tonight, during dinner, a termite kept flying around my head. I finally caught it, just as Laban was telling some of the girls how Kenyans love eating termites. So I put the termite by his plate, and he went right ahead and ate it, wings and all. This, of course, made everyone go "Eeeewww!" and within minutes, the guys on the team had caught and eaten their own.

Here are a few pictures of the team that I took on Sunday, as some colleagues and I took them to a nearby spot (Kerio View) for some R&R. 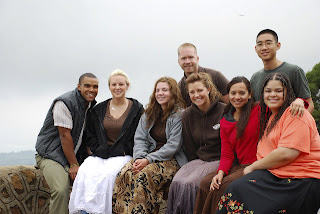 But this day had several more fun and exciting moments. It started with doing kick-boxing, thanks to Diana, one of the team leaders. She's a fitness instructor, and today's workout was the second morning session we girls have had. What fun. And torture. But I must admit, it feels good to get a good workout again! (I'm hoping she'll show me some stuff I can do on my own before she leaves.)

While the team was working on a project this morning, I took two other APU guests to town. 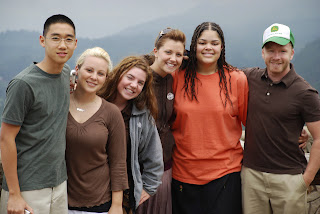 George Bache (Director of the Institute of Outreach Ministries at APU) and his wife have been visiting some of the university's teams, and they moved on to Kipkaren today, to see what ELI is doing there as well as to visit their friend Kierra. I took them to the market to experience "Kenya behind the scenes" and then handed them off to the Kipkaren staff. By the time I left town, having picked up some of the people I had earlier dropped off at various spots around town, I headed home on a very muddy road and a not-so-heavy vehicle. Everything would've 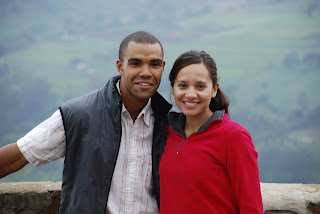 been OK, but there was a vehicle stuck in the mud, so I ended up having to back up in thick mud and pass on the shoulder of the road. It was the closest I ever got to being stuck so far! Phew!

And no, I still don't have my car back. I got a quote today for the repair of the gear box as well as other parts that are in critical condition: just short of $4,000. Ouch! I had budgeted $3,000 for car repairs for the year, and that was depleted in my first major service in January. I am really, really trusting that these two major services will be the last for a while. That's what you get for having an 11-year-old vehicle that's always been driven in extreme conditions. Selah.

About Flannel: Right now, she's finally calming down after what seemed like an hour of kitten extreme sports: dive bombing into my mosquito nets, running laps through my home, chasing anything and everything, scattering her cat litter all over my bathroom floor, chewing on my hands and on any cables she could lay her teeth on before I'd see and snag them from her.

It's time to sleep. The rain has finally stopped for a while. It rained for much of today, right now, you can hear tons of crickets outside my window. And frogs. What better sounds to fall asleep to.
Posted by Adele around 1:20 AM