My heart is smiling

More often than not, we have absolutely no idea how God is going to use the challenges we go through... Mama Chiri reminded me of that today as we were sitting in her small living room while her husband, who sadly was drunk again, kept trying to pester me to give him money, which he's never done before. In between me trying to ignore Baba Chiri, his wife was telling me how God had used our ordeal with removing jiggers from the Sifuna kids to prepare her for serving her own brother.

She explained how she found her younger brother a month ago, literally debilitated by jiggers. He couldn't walk nor do anything to care for himself. Their other sister (a nurse) had heard that Mama Chiri had helped a family with jiggers, and hence she was called in. Without even a hint of negativity, my neighbor shared with the biggest smile how God had prepared her to serve her brother. It took her a month to get rid of all the jiggers.

"Just wait!" Baba Chiri said, and next, Joseph walked in. Evidence A. He rolled up his pant legs to show me how his knee folds are now clear of jiggers. He took off his shoes to prove that his feet are now 100% jigger free. He showed me his fingers, the tips deformed from the pests, now healed.

"Isn't God amazing, Adele?" Mama Chiri gloated. "He used you to prepare me to love my brother."

Came here this morning before church to celebrate the 5th birthday of the Ilula Children's Home. There was lots of sharing, cutting of cake, words of encouragement, songs and more. I had lunch with the Rono kids and spent the whole afternoon catching up, answering questions, getting and receiving hugs from the kids. Lay on the lawn and visited with Mary. I went to see the Sifunas. They're doing really well. 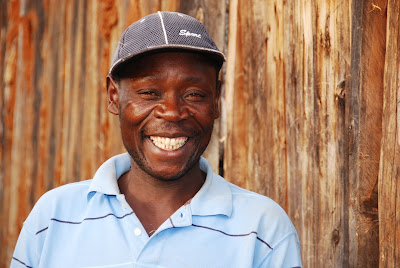 A sober and joyful Silas Sifuna 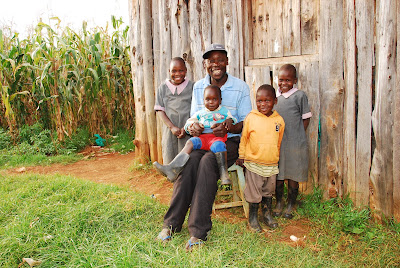 The Sifuna family. Silas brought me the children's school binders to show how well they're doing in school. Even little Kiprono will start going to preschool next month! 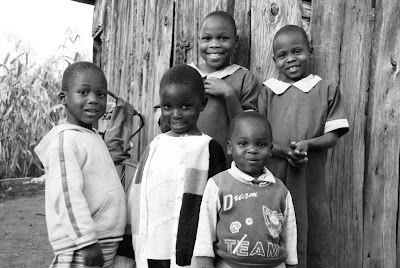 The Sifuna family with a distant relative of Mama Chiri, one she "inherited" recently to raise after the child's mom passed away

I went to "eat news" at Mama Chiri's home. Had two cups of chai next to the fireplace at Mama Kigen's. Showed the kids photos. Answered a million questions, including, "Adele, which side will you play on when the Kipkaren staff are coming to play games against Ilula staff?" (I decided I may just have to take photos!) Went to tuck in some of the kids. They're getting big.

"I've really, really missed you," I could tell them with all honesty. I know they're speaking the truth when they responded with their "Even us. We miss you!"

Tomorrow morning, I'll be heading out right after sunrise for a management retreat. The rest of the management team are already at a campsite about an hour from here. I asked to come tomorrow only, so I could see everyone at Ilula. I'm glad I did.

It was hard to see that Baba Chiri has slipped back into his drinking habits ("I only drink a little," he told me...), but it was amazing to see the growth in the children and in individuals in our community.

It's good to be here, even just for a short while.
Posted by Adele around 1:53 AM