This Week in Pictures 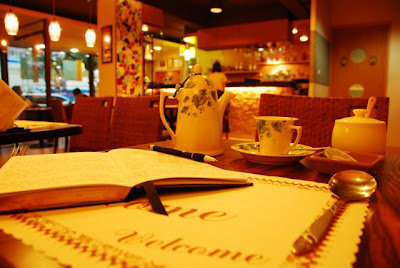 On my second day back on the island, I was heading to friends' home, where I was to tutor their daughter. I head left early so I could find the place, and had some time to kill, so I ordered a cup of tea at a neighborhood restaurant, and spent time journaling. 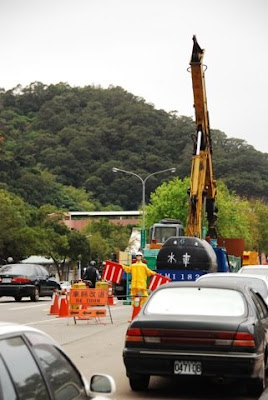 Walking around Taipei, I'm always amused by what I find. This is one of those cases of extreme differences between Asia and Africa. In Africa, one would find road workers patiently flagging down cars for days on end. But the Taipei City Council uses their culture of technology by creating moving mannequins. The mannequin (dressed in a rain suit) is attached to a car battery, and the arms go up and down the entire time, warning motorists that there are road works ahead. 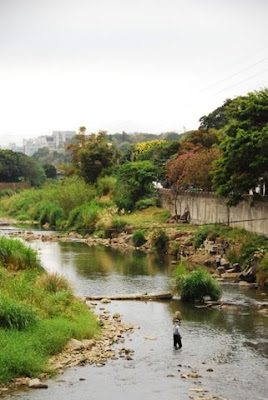 There are big and small rivers all through the city. I always find it amusing to see fishermen in or around the city rivers! 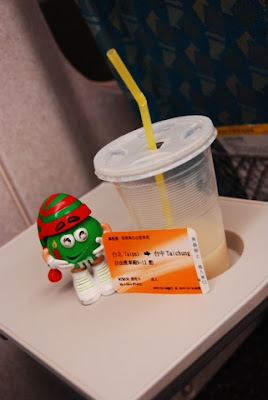 I'm waiting to hear back about a job interview I had earlier this week. Since the results of that interview would determine the way forward, I decided to take advantage of the time of waiting by going to visit dear friends in the center of the island. I tried out the new high-speed train, which was an absolute pleasure to take! Kiptoo, of course, went along. Oh, and he was enjoying a cup of soy bean milk for breakfast. 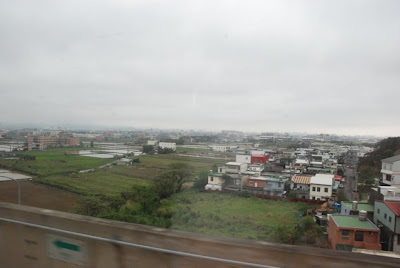 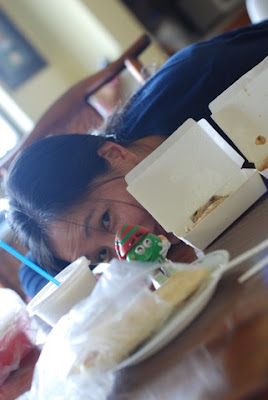 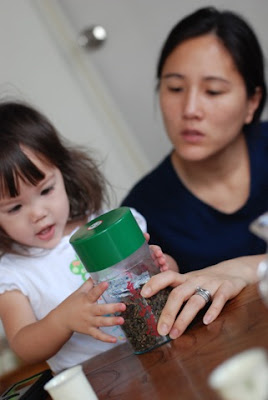 Debryn's husband Sam is a tea connoisseur, and we had Chinese tea for hours on Friday morning while visiting about all things important. Sam runs his investment consulting business from their home, so it's a blessing for his wife and kids to have him right there. Almost-two-year-old Tia loves to go to her daddy's office to smell the tea. 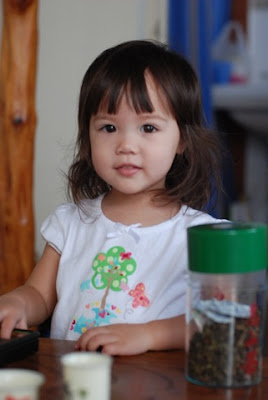 Isn't Tia adorable? On a side note: Notice the tea cups in the foreground. The tea is poured into the taller, skinnier cup, called the sniffer, and then you pour it over into the shorter cup. After pouring the tea from the sniffer, you smell the aroma of the tea in the sniffer. Kind of like wine tasting, you know? I really enjoyed the tea ceremony and hope to learn more while I'm here! 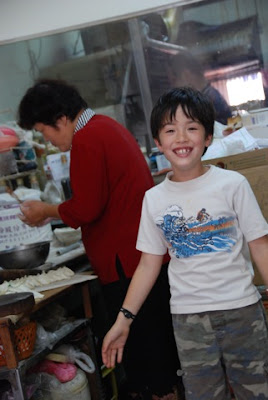 We had lunch at The Shack, a hole-in-the-wall restaurant that has been around since Sam's parents early days as missionaries on the island. (Both Debryn and Sam are missionary kids/MKs.) Here's Kaizen, the Websters' 7-year-old, being a 7-year-old. The lady in the background is making dumplings. Dumplings is such a generic term for a wide variety of thoroughly enjoyable Chinese delicacies. You can have them fried, steamed, boiled, with pork, veggies, or other meat. With paper-thin dough, or thicker coverings. You get the idea. Different restaurants specialize in different styles. 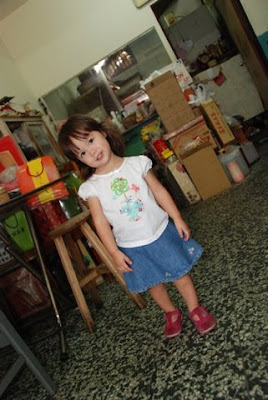 Tia wanted to do what her brother did and pose for a photo, too. 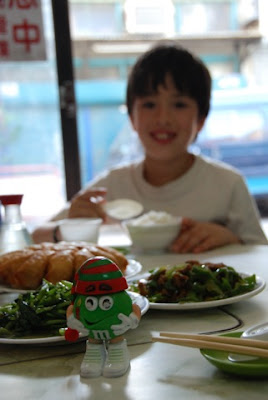 Kiptoo (and Kaizen in the back) showing off our delicious lunch of deep-fried guotie (potstickers), kong hsin tsai (empty heart greens) and a beef dish. And rice, of course. Got to have good rice. 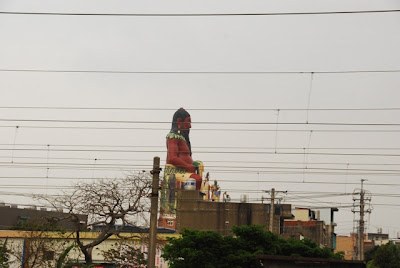 This is a temple in one of the towns on my way back to Taipei. Unfortunately, most of the temple is blocked by the apartments in the foreground. It's really scary looking, if you'd ask me! But Buddhist and Taoist idols often are rather scary, and people don't worship them out of adoration, but often out of fear of what would happen if they don't worship them... 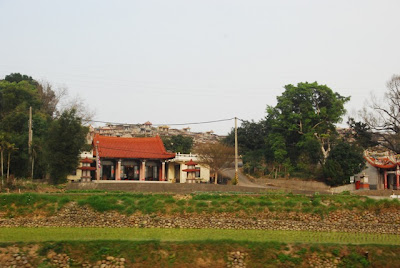 Smaller temples like this is seen everywhere. You'd often even see smaller shrines right in the middle of some farmland, where people would take offerings to the earth god to secure good harvests. 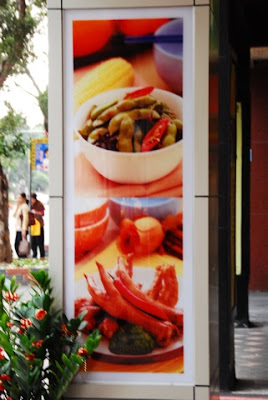 I thought you might find this to be an interesting pillar outside a restaurant downtown, where I'm staying right now. The top picture is of beautiful soybeans, and the bottom, a delicious plate of larger-than-life chicken feet! (No, I don't care for chicken feet.) 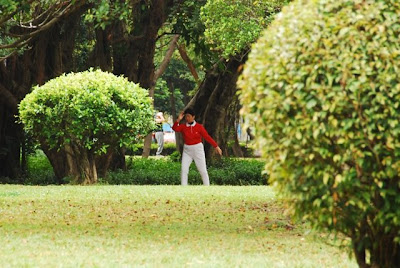 I love read in the nearby park and watch the people around me. Yesterday, there were at least 4 groups of people in my immediate sight (the park is big, so there were many more groups). They do tai-chi since early in the morning. But some people, like this lady, work out on their own.

Later in the day, I sat and watched a group of ladies who were doing tai-chi with two swords each. In the alley across from that group, you could pay less than a dollar to go and sit with your feet on an electronic foot massager. There were two rows of 10 massagers, all occupied, with about 20 people waiting their turn.

I'll be heading out shortly to go to church in the north of the city, and hopefully see some old friends. I'll take my camera along and see what else I can capture today.
Posted by Adele around 6:31 AM