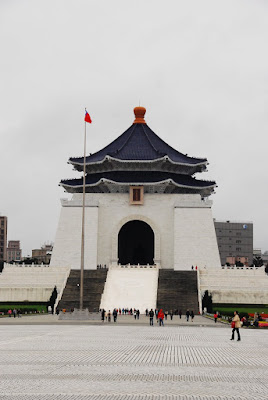 On Sunday, I hopped off the MRT (mass rapid transit - the subway) at the Chiang Kai-shek Memorial Hall. I'll take photos again another time. It was a gloomy day, so I chose not to take a lot of photos. This is one of the major tourist spots in the city, and a memorial to the president of the Republic of China when the troops first came from China to Taiwan in the 1940s.

This past weekend (on Saturday, 2/28), there were some major protests at this spot. 228 is a national holiday during which Taiwanese commemorate the massacre of thousands of Taiwanese in 1947.

But more about the history another time. 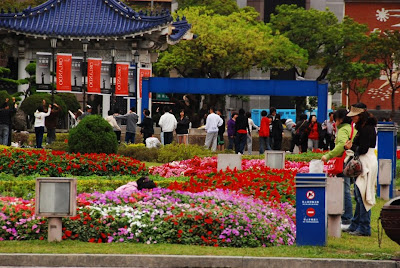 One thing I love about parks in Taiwan, is that groups of people exercise in public. Or goups of young people practice dances, as the group on the other side of the flowers were doing. 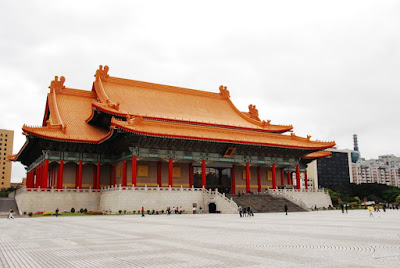 The National Concert Hall, on the same grounds as the CKS Memorial Hall. When I lived in Taiwan before, I was a member of the Taipei Philharmonic Chorus, and this is where we used to perform. It's amazing to sing here! (I hope to join the choir again. Am waiting to hear if they have an opening.) 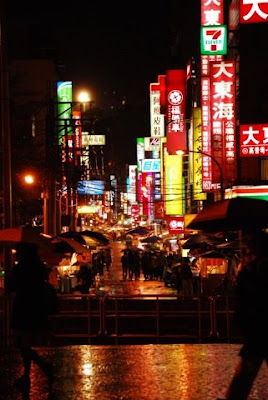 Tonight, I headed to Tansui, the town at the end of the red line (on the MRT). Tansui is on the northernmost tip of the island, and used to be a fishing village. Now, it's a bustling town. The night markets are famous for dishes like fish ball soup.

I hopped off the train but decided not to go and look at studio apartments (my original purpose for heading out there tonight) since the train ride took longer than I'd care to spend on a daily commute. And since it was drizzling by the time I arrived, I literally just stepped out of the station, took a photo of the market, and hopped back on the train. 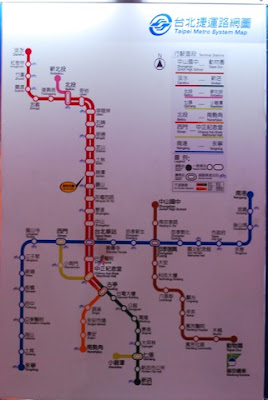 Thirteen stops later on the red line, I hopped off to take some photos at the Shihlin night market. Just so you can see it. Honestly. 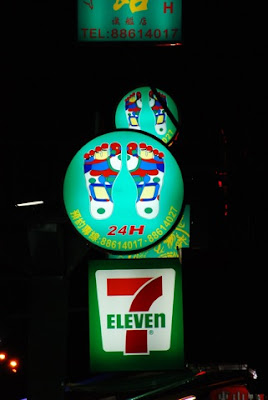 The Chinese have perfected the art of massage, and you can now find 24-hour massage spots! This shop is on the same road as the night market. Inside the market, there was also a massage parlor where, when I stopped to look, a woman approached me promptly with a "menu" in both Chinese and English. You could get everything from a half-hour foot massage to an hour-long full body massage. Somehow, I don't think getting a massage at a busy, noisy market is relaxing. But I could be wrong. 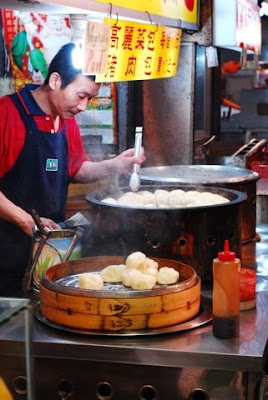 A dumpling vendor. Yummy. I didn't have any tonight since I had grabbed a protein bar on my way out the door. 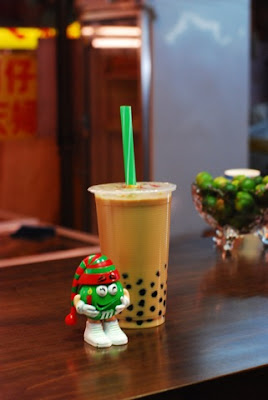 I did, however, get a cup of dzin dzu nai cha (hot, milky tea with tapioca balls). Kiptoo went along, of course. 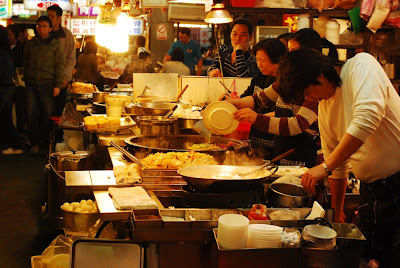 Food vendors at the night market. Like I've said before, food is a crucial part of Chinese culture. Around mealtimes, you greet people by asking if they've eaten yet. (When I visited Nariyo in Rendille land, she was amazed by this factoid, since it's a total faux pas to ask a Rendille if they've eaten. That is because food in their part of the world is scarce, and no-one wants to admit they may not have eaten a good meal in days.) 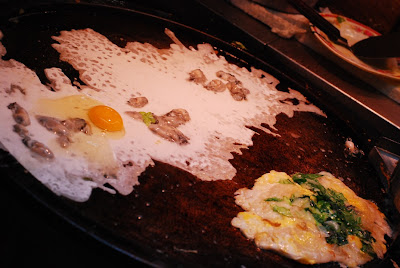 Oyster omelets. I don't care for these at all... but it's a very popular Taiwanese snack. 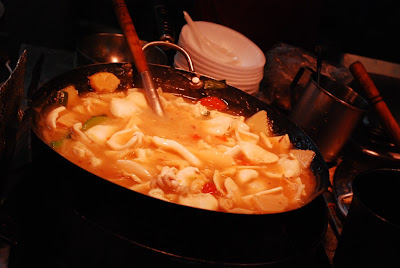 Some kind of seafood soup. The big, white pieces are octopus, I believe. Taipei is really close to the coast, so you can get VERY fresh fish here. 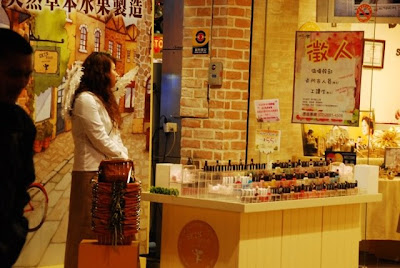 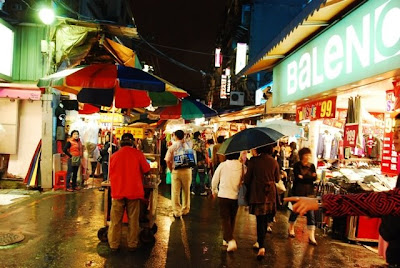 I wish I knew how many people make their way through city night markets every night... Since it's a weeknight, and since it was drizzling, there weren't too many people at the Shihlin market tonight. On weekends, though, foot traffic is shoulder-to-shoulder all the time. What's interesting, though, is that the vendors in the center of the road are illegal. So whenever the police come, they disappear into alleys within the blink of an eye! 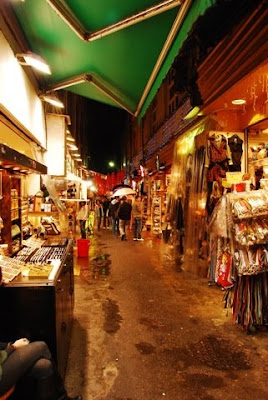 ... seconds ago, this empty street had vendors in the middle... Minutes later, they were back. 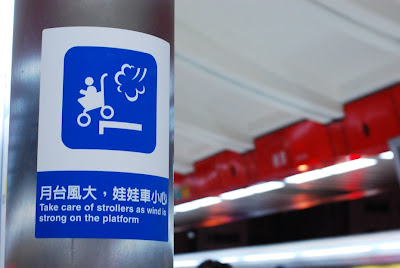 I think this sign is hilarious! OK, not really funny, but crazy! I sure hope they didn't have to put it up since there were any cases of baby strollers blowing onto the train tracks!!!

And that's it for tonight.

I actually also went to Taipei 101 this morning, since I wanted to go to a bookstore there. But I didn't take photos (it was hazy outside, and I was totally overwhelmed by the opulence inside! So I didn't take any photos. Not today. I left pretty soon after arriving, so I could get some work done on a project I'm working on.)

OK, so that's really it for tonight.

Hope you're enjoying the glimpse of life in Taiwan.
Posted by Adele around 11:08 PM