Last night, I was supposed to meet my friend Connie for dinner. As a bunch of us "chicks" were working the past few days, doing clean-up and the like, they started saying things like, "Why don't we grill on Sunday afternoon. It'll be a great break from this work!" So I figured Connie and I will get together another time, and agreed to go to her place. Everyone agreed to bring something, but I wasn't really paying attention to any of the arrangements since it was a very informal event.

On Sunday morning, Danette and I used dehumidifier water to wash our hair, seeing that the water supply in Cedar Rapids was still only at 25% of capacity, and we're supposed to limit usage to drinking and critical usage only. Later in the day, however, we were delighted to learn that things were looking up a bit, and that people in odd-numbered homes could take showers on odd-numbered days. We could also do dishes and laundry, if need be. 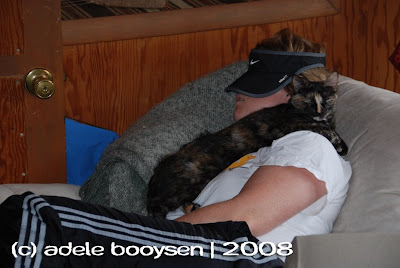 So, before heading to Connie's place, it was an absolute delight to take a long nap and a short shower. (I couldn't resist taking this photo of Danette and Paka in a rare moment. Danette hardly ever naps! However, hours of cleanup has left us all a bit wiped out!)

I haven't appreciated a shower that much in a very, very long time! Plus, I am very glad we were able to shower, 'cause when we arrived at Connie's, I discovered that the impromptu barbecue was far from that! It was, in fact, a surprise birthday celebration! 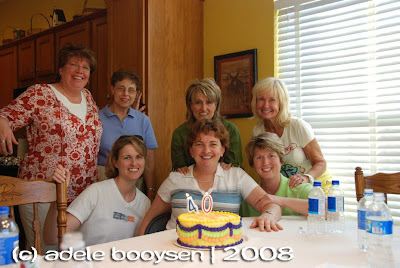 Originally, the plan was apparently to have the event at a restaurant in town, but due to the crisis in town, it was decided to make it a much more low-key event. I'm glad. Simply visiting with a handful of my good friends in Cedar Rapids at Connie's house was really, really nice. It gave us a good chance to visit about everything under the sun. The marrieds in the group left early, and the 5 singles who remained made a fire in Jodie's new fire pit, sat around the fire, visited some more, and made s'mores. 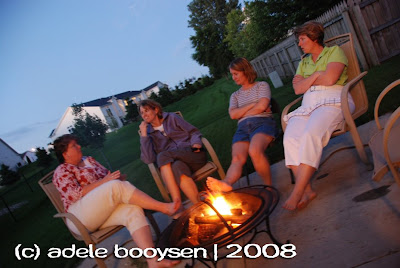 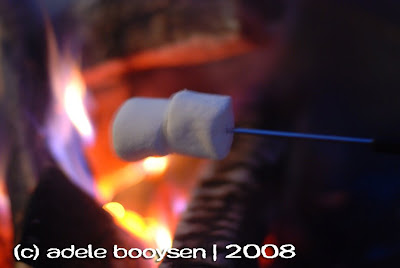 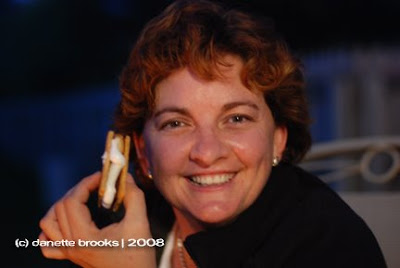 It was the first time I actually had s'mores, by the way. Yes, we roast marshmallows in South Africa. But we don't add chocolate and Graham crackers. I enjoyed only one of them. As much as I like sweet stuff, more than just one would be a bit much for me!

I still can't believe the girls threw a surprise birthday party, though. It caught me completely off guard, to the point that I was really choked up! They decided that since I'll be leaving soon, and since I'll be in the village for my 40th birthday in November, they wanted to have a chance to celebrate with me. Five months early, yes, but still, they get to celebrate. Which I love.

What a blessing to have such amazing friends. I thank God for these ladies who enrich my life so greatly. Unlike the s'mores I had earlier in the night, I'd take time with them any time! They're never too much, never too sweet. They're the real deal. What a blessing to have 'em in my life. Even though they've declared me 40, months too early!
Posted by Adele around 9:49 AM