The rest of our group was to arrive throughout today, so the three of us who were here first decided to head out and explore today... 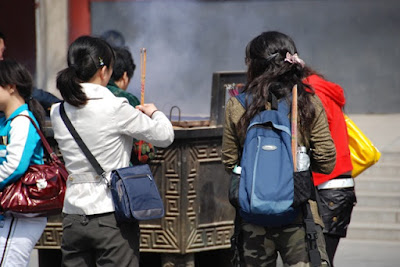 First stop: The Lama Temple. This is a Buddhist temple in the same tradition as the Tibetan Buddhism. Here you see people praying. There were several temples with different sized Buddhas, from small to large. At each, people were praying and were required to leave at least 3 sticks of incense in reverence of the Buddhas in the particular hall. 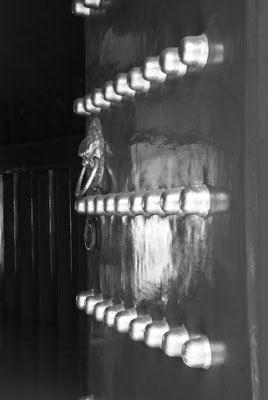 One of the doors at the Lama Temple 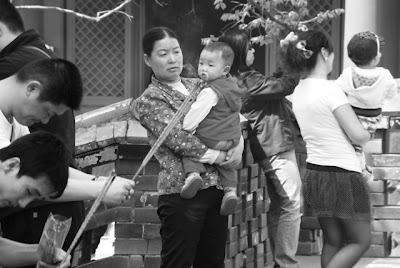 Worshipers - the focus in this photo, though, is the kid in the back. You see this style of baby/toddler pants everywhere. It's called "kai dang kudze," or open poop pants... When the kid has to go, you simply let them squat and voila, it's all taken care of. No poopy diapers to get rid of! 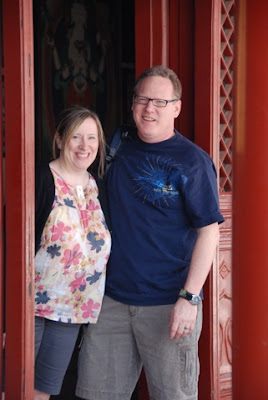 Terry and Rob are from Vancouver. I know Rob from our previous class in Seattle. 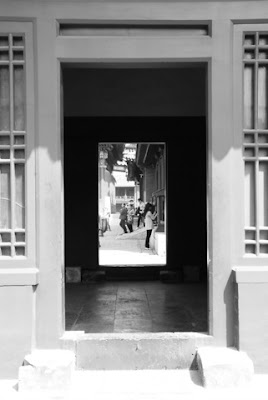 One of the doorways at the Lama Temple 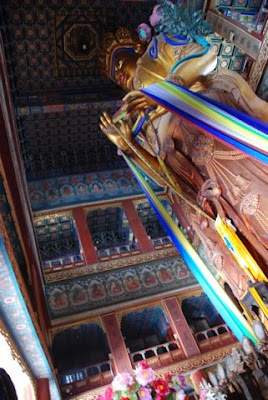 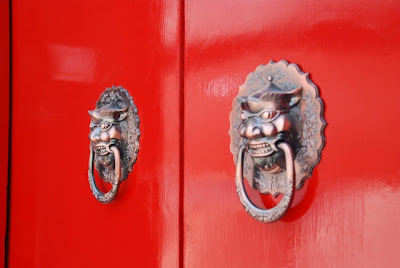 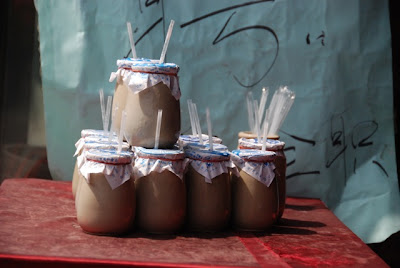 Sour milk is a popular drink. It's served in pottery goblets 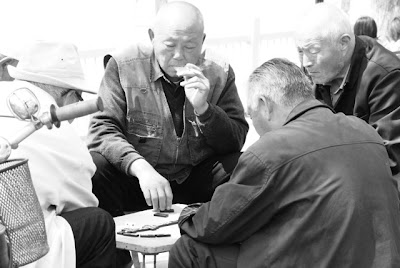 The Forbidden City. We climbed to a high hill at a park to the north of the Forbidden City to take this photo. After this, we hopped in a cab and drove to Silk Street so Rob & Terry could shop. But not before we sat down for a while and had some good coffee. 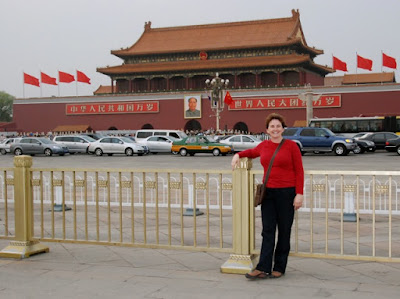 After shopping we went to Tiananmen Square to watch the flag lowering ceremony. The entrance to the Forbidden City is on the other side of the road. 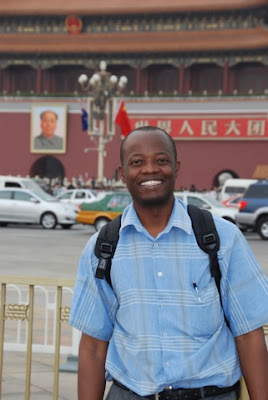 Justus has been a great sport! He's from Zimbabwe. Rob and I both know him from Seattle. 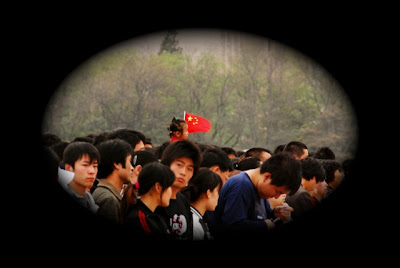 There was a huge crowd to watch the flag lowering ceremony. It was super crowded and just didn't feel very safe. Too easy to be pickpocketed in a crowd like this. I loved the little kid on her dad's shoulders, waving her own little flag! 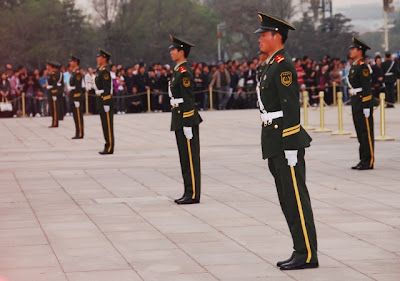 The soldiers who came as a part of the flag ceremony. Actually, after waiting for an hour in the sun and the crowd, we stepped back from it all and just watched the flag lowering from a distance!

Before going to dinner, we made a bathroom stop. I found this sign pretty funny. Asian toilets are usually squatty potties, so when there's a Western-style toilet, there are often signs asking people not to squat on the toilet. Whoever wrote this sign must've looked up the word for "step on" and found "trample" as one of the options, but in the sign writing process it changed to "trampie."

Tomorrow, the whole group is heading to the Great Wall at Badaling.
Posted by Adele around 8:42 PM