In reverse order, photos from the past week in Davis and surrounding area 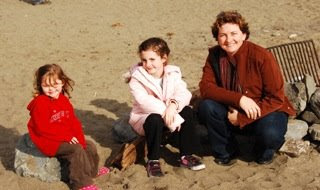 Took a little road trip today. Drove to Muir Beach and Muir Woods. Unfortunately, it was late and looking like rain by the time we got to the woods, so we didn't walk around there. We had fun exploring en route, though. 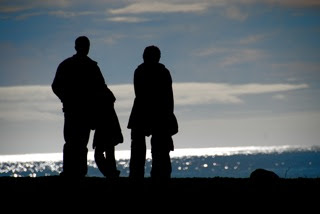 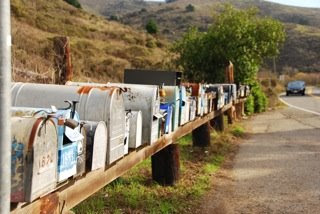 En route to the beach, this is reportedly the longest line of post boxes in North America

San Francisco - you can see the Golden Gate Bridge as well as Alcatraz. And a blimp over the city 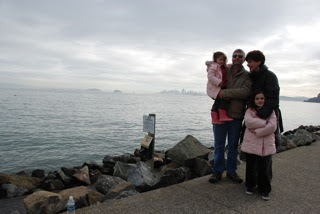 The family. This photo is taken from Sausalito. We spent some time in this little town, having coffee (and hot chocolate for the kids) 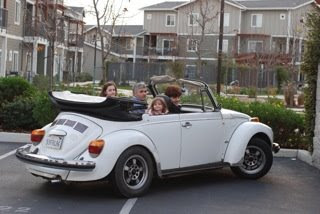 Liesl and Stefan just got this fun bug the day I arrived. Obviously the top was just put down for this photo, since it's too chilly to drive it like that this time of year... Not that it's THAT cold in this area - it's been mid 40s to 50s many days, which is nice and balmy compared to Cedar Rapids, where I'm returning tomorrow! 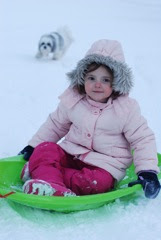 Anja, playing in the snow on Christmas day. (Oh, and Rocky in the background. He belongs to one of the other families who were at South Lake Tahoe for the week. We just went out for the day.) 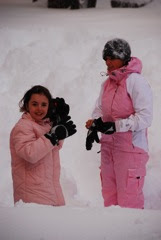 Clara, with Ianthe, one of Liesl's colleagues. It was Clara and Anja's first time to see snow, so they LOVED playing in it! 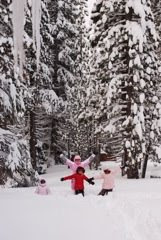 Clara and friends, enjoying the snow. BTW, we never saw the lake due to the weather. We're told this town is on the lake, but we'll have to see it another time... :) 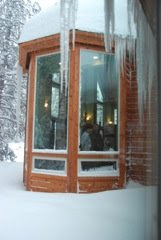 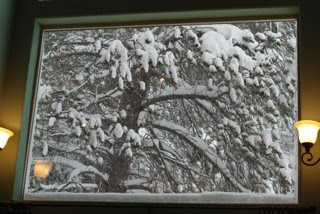 This is not a picture on the wall of the house. It's a large picture window. Nice. Very nice 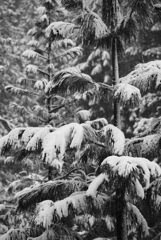 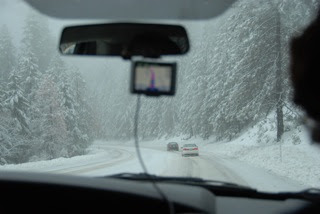 Chains were required for much of the drive. The 100-or-so-mile journey took us close to 4 hours since we had to crawl at 25mph across the summit. But it was beautiful, and thankfully, Stefan was driving 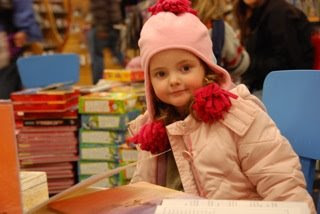 Fun times with the girls. This is Anja, when I took them to Border's and read them some stories 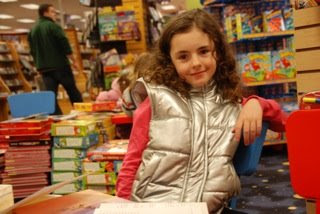 Clara, at the same store

And that's it, my week in a nutshell. No photos of the times in the kitchen, baking cookies, or watching Stefan bake incredible rusks, or listening to the girls crack up as they're playing in the bath tub, or them learning how to rollerskate.

It was GREAT to have this week with family. Tomorrow, I'm heading back to Iowa for a while.

Happy New Year, by the way. It's hard to believe 2008 is almost over... It's definitely been an unusual year. Lots to remember this year by. Political unrests. Studies. Floods. A career change.