A nasty flu virus has been making the rounds in our province. This particular virus typically nails people for about 3 days. My body's been successful at fighting it off, till Thursday, when I started sniffing...

By Friday (during the graduation) my body was aching more and more, but I couldn't leave since I was supposed to take photos. By the time the ceremony was officially over and guests were having lunch (at 4 pm), I headed home, got into bed, and slept. Till the Salvation Army Band woke me up around 9 pm, playing their hearts out. But I got to rest, nevertheless. By the time they started playing again this morning at 7, I started thinking evil thoughts. But they left soon enough for the campaign, and after breakfast, I lay down and woke up only at noon! My body obviously needed the rest. I never sleep like that!

I got some reading done this afternoon, and feel a LOT better than I did yesterday this time! No fever. No aching body. I just am still coughing, and I sound like a base. But I feel much, much better. Tomorrow, I'm taking two interns to Kakamega Forest. I have a meeting in neighboring Kapsabet on Monday morning, so it helps that I don't have to drive the road by myself... I wouldn't mind getting away by myself for the day, but it's smarter to have some men in the car with me. And the guys are really excited about getting to go to the forest.

Here are some of my favorite non-graduate photos from yesterday's event. 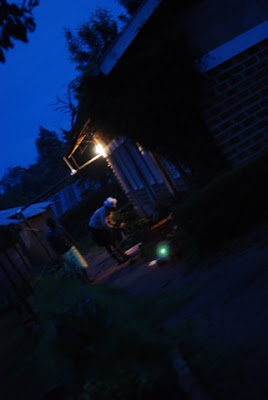 I was up at dawn on Friday to catch some of the action on the compound. Here, graduates are getting ready for the Big Day by cleaning out their rooms. 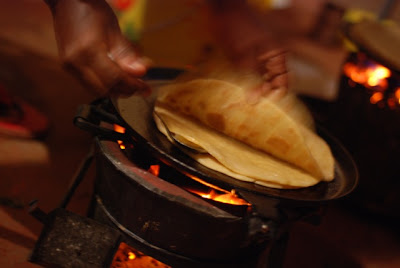 In the kitchen, an assembly line was cooking fresh chapatis. Keep in mind, this was around 6 am. Lunch was only served at 4 pm. Since I was up so early, they offered me a fresh chapati, which I shared with all my friends in the kitchen. 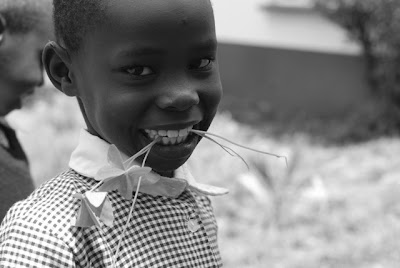 The kids love eating clovers! I caught Naomi pulling out clovers from the flower beds while the ceremonies were going on (and on). 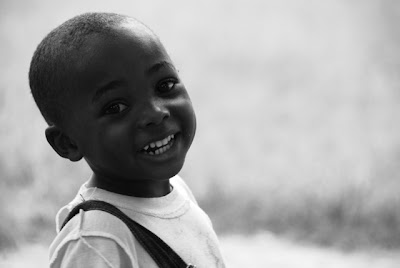 This little one is called Navy. He belongs to a neighbor, Mama Sifuna. Solomon is the son on David Tarus, our director. 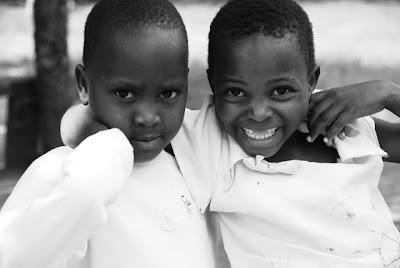 Two more neighborhood kids. I don't know the little one on the left's name, but the smiley face on the right is Brenda, another one of Mama Sifuna's kids.

For more photos from the day's events, visit my Flickr page.
Posted by Adele around 12:48 AM