There and back again

Wanting to get out of the city for a bit, I asked Jeremiah (whose family I used to live with in California) to meet me for dinner in Tansui tonight. It's a town at the end of the river that flows through Taipei and spills out into the Taiwan Strait, the body of water that separates the island from China.

I had time to take a few photos before Miah showed up. Didn't have my tripod with me, so the photos aren't as crisp as I'd like them to be, but you'd get the idea of some of the nightlife, regardless. 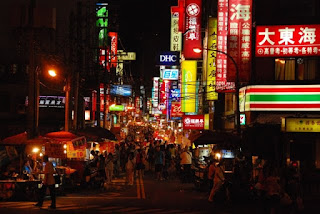 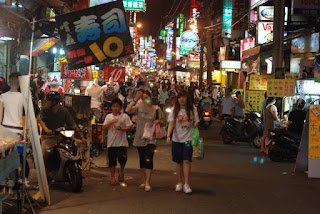 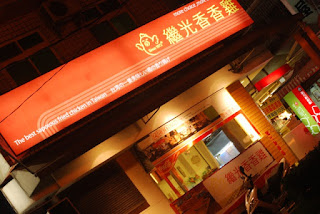 The signs in Taiwan crack me up sometimes! "The best saporous chicken..." I had to look that one up. Saporous means flavorful. 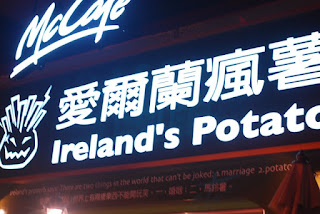 There's a potato restaurant. Look at the small print:
Ireland's proverb says: There are two things in the world that can't be joked. 1. Marriage 2. Potato 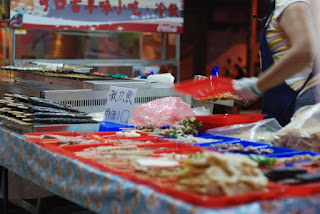 If you don't want saporous chicken or Irish potato, how about some coagulated pig's blood (mixed with rice) on a stick (on the far left) ... 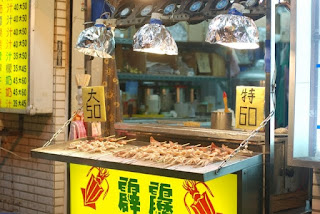 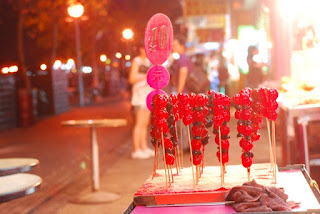 Want something sweeter? How about caramelized cherry tomatoes with pickled plum? 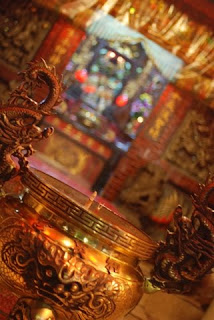 Along the main drag along the coast is this little Taoist temple. There were numerous urns along the water where worshipers would burn ghost money for the spirits to protect the fishermen 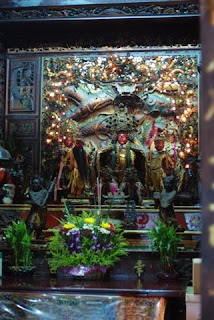 Another Taoist temple along the waterfront. Taoist gods are very scary-looking! 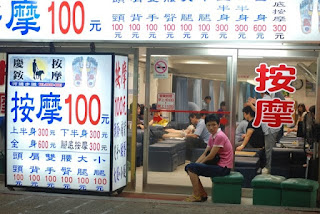 Tired? Get a quick massage! 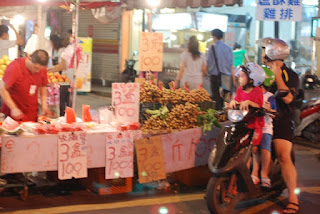 I was impressed to see most kids wearing helmets. You still often see entire families on a scooter without the little ones wearing helmets. In case you're wondering, the fruit on the table next to the family are similar to litchis. They're a tropical fruit called dragon eyes 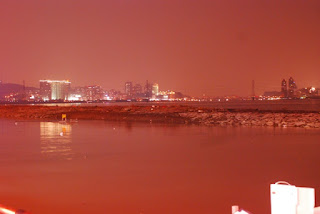 Off in the distance you see Taipei City. It takes about 30 minutes or so on the MRT to get from Tansui back to the suburb where I live. A good little getaway for the night.

Heading back to the train station, I ran into Charis, a kid that used to be in my youth group years ago. She and their YWAM team were just coming back from the south of the island, where they were helping with typhoon cleanup.

It was especially good to see Jeremiah again, and to visit about everything from family to studies. It's good to be able to connect with someone here who's known me a bit longer than most of the people around me!
Posted by Adele around 10:40 PM