I so wanted to slip away and go somewhere today... The challenge for me is to find a place nearby where it's safe enough for me to drive to. Or to find a place where it would be restful. I considered going elsewhere for church and then go somewhere like "Poa Place," but decided to stay for church here so I could simply rest afterwards.

When I walked into church, I noticed all four Sifuna kids sitting with other children. If you didn't know, you'd think they're from an ordinary family, or from our children's home. They were clean and were smiling from ear to ear.

I slipped into a back row, and little Brian immediately came over to sit by me. So did Joann. They were sitting so close to me, I could hardly breathe. Joann decided to go and squeeze onto a chair with one of our older girls.

Then Silas walked in. He seemed at ease. And he was shining from head to toe, too, even wearing a sports jacket.

Marques, an APU graduate/friend of Kigen preached. I believe the sermon was one that Silas could hear and take to heart... After preaching, Marques sang, and little Brian's genes kicked in. He has rhythm unlike any 3-year-old I've seen. He was clapping his hands and wiggling his little buttocks. It was SO cute!

After church and lunch with the visitors, I slipped away to my home and took a nap and some time out at my place. And then I headed to the home to go and say good-night to the kids. Some of them are going through a very tough time right now, and they've been asking me to come and tuck them in. But they were at Philip and Ruth's home (parents), watching the Sunday-night news on television.

Imagine, 48 kids plus parents in a room that's an arch of about 12 feet by 6 feet... The air was thick, but as I popped my head in, the kids were all smiling, having a good time hanging out with their parents. I'll go and see the kids in the morning before I head to Kipkaren. I went to the East side to find the same there, all the kids heading into Jonah and Mary's home for Sunday night fellowship. (The other two sets of parents are both on annual leave.) 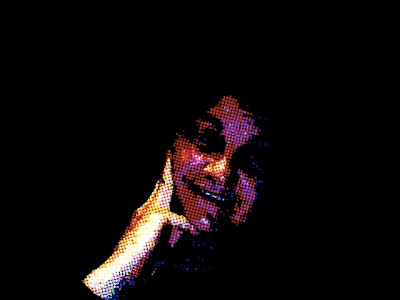 Flannel, by the way, has LOVED having me in the house this afternoon. She's been very feisty the past month, but it's probably because I've been spending no time with her during the days. She has only been seeing me when I run in to get some things, and when I come home to sleep. To show her dissatisfaction with the current state of affairs, my usually-loving kitten has not even been snuggling with me at night but has reverted to sleeping at my feet. Or worse, she's been climbing into my big reed container at the foot of my bed where I keep my towels and sheets. (She can fit through the handles.) And whenever I'd pet her, she'd bite me. But tonight, for the first time in a long time, she's simply letting me stroke her. She's sleeping right up against me even as I'm typing. And the lights aren't even turned off yet! I believe she has missed me. She doesn't want me to move her for a picture right now, though, so I'm signing off with smile from my side of the world.

The crickets and frogs seem to be having a singing contest outside my window.
Posted by Adele around 12:06 AM