Her Majesty, the Queen

I was working on my book reviews this morning when two members of staff headed my way. “Have you seen the queen termite before?” they asked with a smile. And they produced this thing. 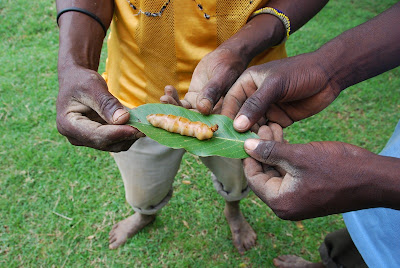 Want to take a closer look? 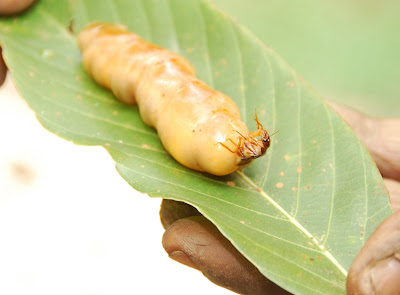 It’s as big as it looks. And as gross. Not sure if it’s eggs inside or live larvae, but her whole body was moving. I was afraid she might give birth to thousands of termites in front of my eyes.

Actually, it would be millions. According to this page on Wikipedia, "one queen rules over five million of her offspring. And she's 20,000 times bigger than her subjects."

Rather than do what my gut told me to do ("RUN!") I did what I knew I should do ("Shoot it!" As in, with the camera.) I wanted to share the moment with you all, so I photographed her. When I showed the picture to another Kenyan colleague later, he commented dead seriously, “That one, she must be soooo sweet!”

Crunch… Or perhaps she'd be chewy. Or mushy. But not a chance under the sun is she tasty!

By now, you may think I have a fascination with bugs—termites in particular. I don’t. There are just a number of them around these days. Hence my third post on this topic for this week.

Earlier this morning, I did a photo shoot at the school. I like this picture. It's all of our teaching staff at "Brook of Faith Academy." 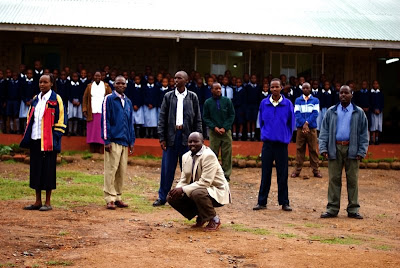 Posted by Adele around 8:12 PM