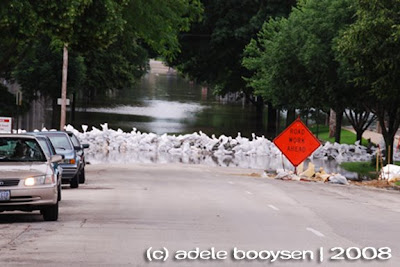 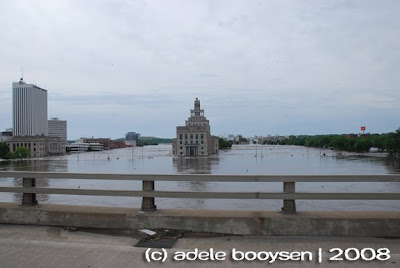 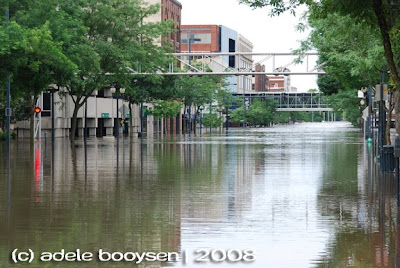 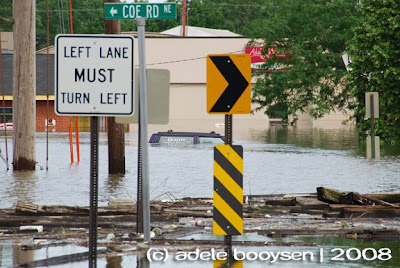 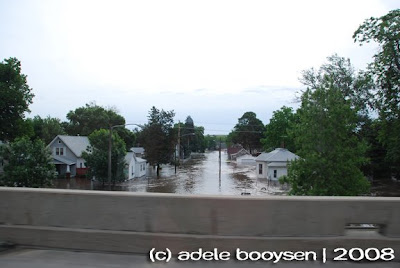 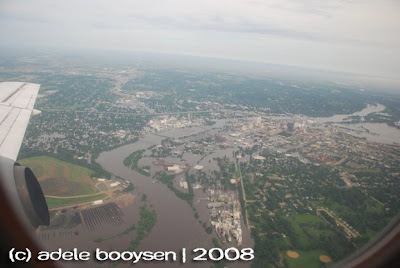 It's hard to believe this is Cedar Rapids. I managed to get on a red-eye last night to Minneapolis/St. Paul, and from there to Cedar Rapids. God did some of his "magic." No cost to change due to the nature of the crisis. (Earlier in the day I was told it would be $1,200 to change the ticket, which I wasn't going to fork out. So I decided to simply head to the airport and go standby. Didn't have to do standby after all. Yeah God.)

Anyway, Cedar Rapids is a complete disaster. And the water is rising still. One of the photos I uploaded to my Flickr account is of Mercy Hospital. Just saw an areal view of the same area while out to grab lunch, and the water has increased much more.

Three other friends from Danette's small group is here. Water is seeping in through the basement floor and wall connections. The river is still about 4 blocks from here. It's usually about 2 miles away, I'd guess. But the soil is completely drenched, so the water is seeping in everywhere.

Cedar Rapids is on water restrictions. No showers. No unnecessary use. Don't flush if you don't have to. No water served at restaurants.

We're in the process of emptying out a ton of the stuff that got damaged in Danette's basement. Next, we'll go help the neighbors with theirs. Some from the group went to buy emergency supplies to drop off at the shelters.

And pray that no more rain will fall
* that the river will start to go down (it's more than 30ft above its regular level now)
* that the church would step up and serve the community BIG TIME
* that those who lost everything will be comforted...

Back to the basement.
Posted by Adele around 2:28 AM